Committee calls for UK to ratify Convention, as promised 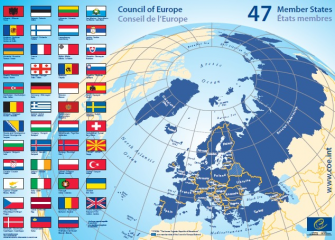 In June 2012 the UK signed the Council of Europe’s Istanbul Convention which aims to protect women from violence.

The government undertook to ratify the Convention as soon as forced marriage was criminalised. This happened in June 2014.

However, the UK is still to ratify the Convention.

The Joint Committee on Human Rights have investigated the UK’s progression towards ratification and found that our government consistently fails to implement practical action pursuant to the aims of the Convention.

For example, the committee believes that violence against women should be included in the national curricula, and the Department of Education should provide more resources and guidance to schools on how to teach and deal with it.77% of parents agreed, saying not enough was being done to educate children about the issue.

Furthermore, although the government appointment Nicky Morgan MP as the Minister for Women, it is argued that a government official should be given responsibility to coordinate all government measures relating to the issue to ensure that these are as efficient as possible.

If you are a victim of domestic abuse, please contact RISE, a local charity who help victims of violence.

During this Coronavirus Outbreak and official government advice, we are making sure we keep our staff and also

our clients as safe as possible, please read our COVID-19 Meeting Arrangements page for further details.

This website uses cookies to improve your experience while you navigate through the website. Out of these, the cookies that are categorized as necessary are stored on your browser as they are essential for the working of basic functionalities of the website. We also use third-party cookies that help us analyze and understand how you use this website. These cookies will be stored in your browser only with your consent. You also have the option to opt-out of these cookies. But opting out of some of these cookies may affect your browsing experience.
Necessary Always Enabled
Necessary cookies are absolutely essential for the website to function properly. This category only includes cookies that ensures basic functionalities and security features of the website. These cookies do not store any personal information.
Non-necessary
Any cookies that may not be particularly necessary for the website to function and is used specifically to collect user personal data via analytics, ads, other embedded contents are termed as non-necessary cookies. It is mandatory to procure user consent prior to running these cookies on your website.
SAVE & ACCEPT